We here at Blackserver think privacy is very important and a fundamental human right. We want to increase the only privacy.

Setting up your own Algo VPN server to increase your privacy. A Self hosted VPN means, that you only have access to your server and its logs. You can configure your Algo VPN exactly how you want, without having to trust third parties.

To setup your own VPS to create an anonymous VPN may sound complex, but with Blackserver you have the powerful tools to set up your own Algo VPN server in minutes!

Why using an Algo VPN server?

👍 Algo, a self-hosted personal VPN server designed for ease of deployment and security. Algo automatically deploys an on-demand VPN service in the cloud that is not shared with other users, relies on only modern protocols and ciphers, and includes only the minimal software you need.

👍 It installs ~40 services, including numerous remote access services, a Tor relay node, and out-of-date software. It leaves you with dozens of keys to manage and it allows weak crypto.

👍Does not require client software like OpenVPN. Worst of all, OpenVPN depends on the security of TLS, both the protocol and its implementations. Between that, and past security incidents, we simply trust it less.

Blackserver lets you easily create VPS servers and you can pay with Bitcoin, Bitcoin Cash, Ether and many other cryptocurrencies. Register your account now and get free credits to start your first server instantly!

Set your preferred host and select Ubuntu as server image.
Algo VPN requires a server installed with the Ubuntu distribution!

With the datacenter region you set where your VPN is situated. This location is where websites and applications will think you are located which is useful for bypassing region restrictions. 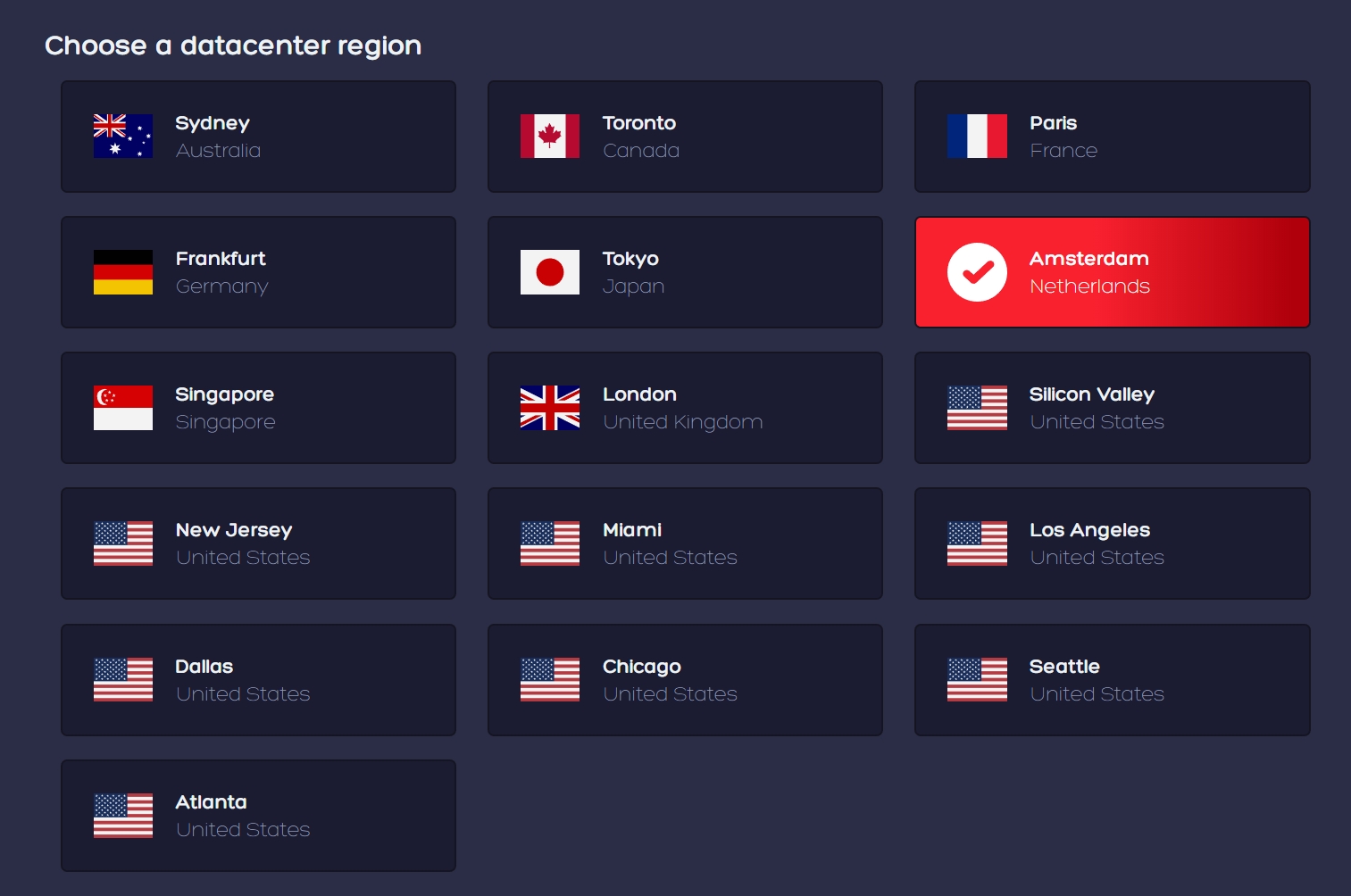 Finish your setup and choose your preferred server size, optional features, ssh keys and set a server hostname. When you ready click on "Create" and Blackserver will create your Ubuntu server instantly.

Once your server is finished launching, you will see it in your server list. Copy the IP address and connect via SSH and the root password to our OpenVPN server:

When you are connected to your Ubuntu VPS via SSH its time to setup your server with Algo. Run the following commands step by step:


Once you have run algo (./algo), you should see the following in your terminal: 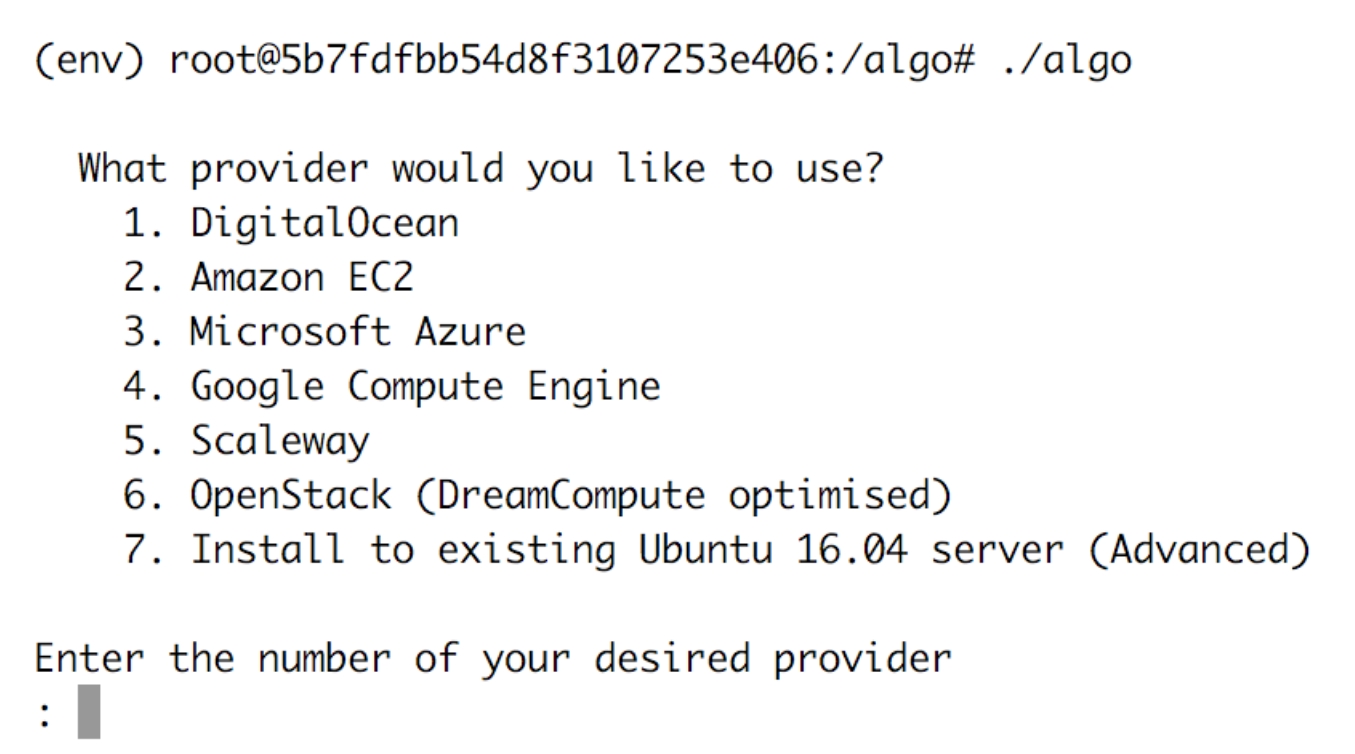 Press "7" to install Algo on your Ubuntu VPS server and follow the guide. It will ask your for your server's public IP address. The public IP is the same your connect to your server via SSH

When Algo VPN has finished the setup, you will see this output:

Keep hold of that password! You need this to connect to your Algo VPN server from your client.

Connecting to your VPN is different depending on what device you want to connect. You can read the official instructions to connect your clients on the Algo Github Page